Vitamin B6 now banned by the FDA

Vitamin B6 now banned by the FDA

(NaturalNews) The FDA has effectively banned a naturally-occurring form of vitamin B6 called pyridoxamine by declaring it to be a drug, reports the American Association for Health Freedom. Responding to a petition filed by a drug company, the FDA declared pyridoxamine to be "a new drug."

Now, any nutritional supplements containing pyridoxamine will be considered adulterated and illegal by the FDA, which may raid vitamin companies and seize such products. See the history of FDA raids on vitamin companies here: http://www.naturalnews.com/021791.html

Pyridoxamine occurs naturally in fish, chicken and other foods (http://en.wikipedia.org/wiki/Vitamin_B6), putting the FDA in the strange position of banning a substance from dietary supplements even though it is already present in the food supply.
Top

they are not very smart.
"the more u sweat in training, the less u bleed in battle"
Click below for free tabata timer...
http://www.speedbagforum.com/timer
Top

Sufian wrote:they are not very smart.

maybe they're taking too much xtend...

quoted this from other forums. dont know how true is it

Biostratum, the company who initiated this proposal to ban vitamin B6 in 2005, did so because it was the only active ingredient in a drug they were pumping millions of dollars into called Pyridorin. By the time it got to the third stage of clinical trials, partners and investors no longer wanted to fund the effort since B6 can be purchase almost anywhere for practically nothing. This evil company then sought out to destroy the availability of a product that is not made in the human body and must be obtained through food and/or supplements.

To contact this company and let them know how you feel about their sinister, greedy motives, please give them a call at:
(919)433-1000

BTW, only one form is considered a drug. There are many forms so there is no fear of shortage or ill health effects yet. 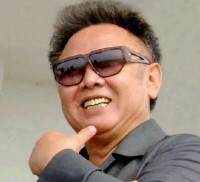